Shigawake is a Gaspesien municipality located between St. Godefroi and Port-Daniel-Gascons, the territory of the municipality is rectangular in shape and overlooks the Baie-des-Chaleurs.. Shigawake river and Ferdinand brook run through the Municipality along with Shigawake Falls. It is estimated, perhaps wrongly, according to tradition, the first settlers, with the names of Smith, Sullivan and Almond were probably sailors on a ship carrying slaves in the late eighteenth century. After landing they started to clear the land.. First attached to St. Godefroi, canonically erected in 1873 and civilly in 1874, the Municipality of Shigawake was detached in 1924 to form the current municipality.

The Micmac name, first attributed to the river that runs through the township of Hope, then the post office established in 1864, would have meaning: the land of the rising sun. It is argued that indigenous people had a habit of returning from their forest runs by the river that flows through the village. They came out facing the east where the sun rose. James White believes the word michigonac means white water. Some varients of this name are : Chigouac (Thomas Pye, 1866; James MacPherson Le Moine, 1878); «Riv. Shigawage» (anonymous map, 1895). The marjority of people work in fishing, farming & forestry. 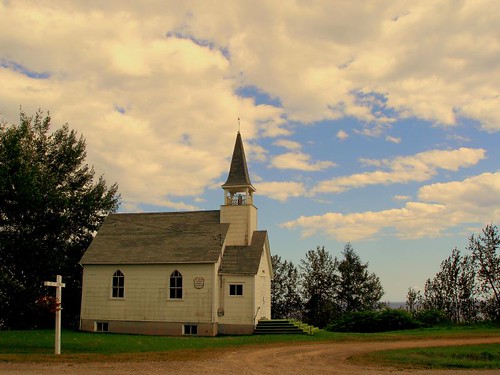